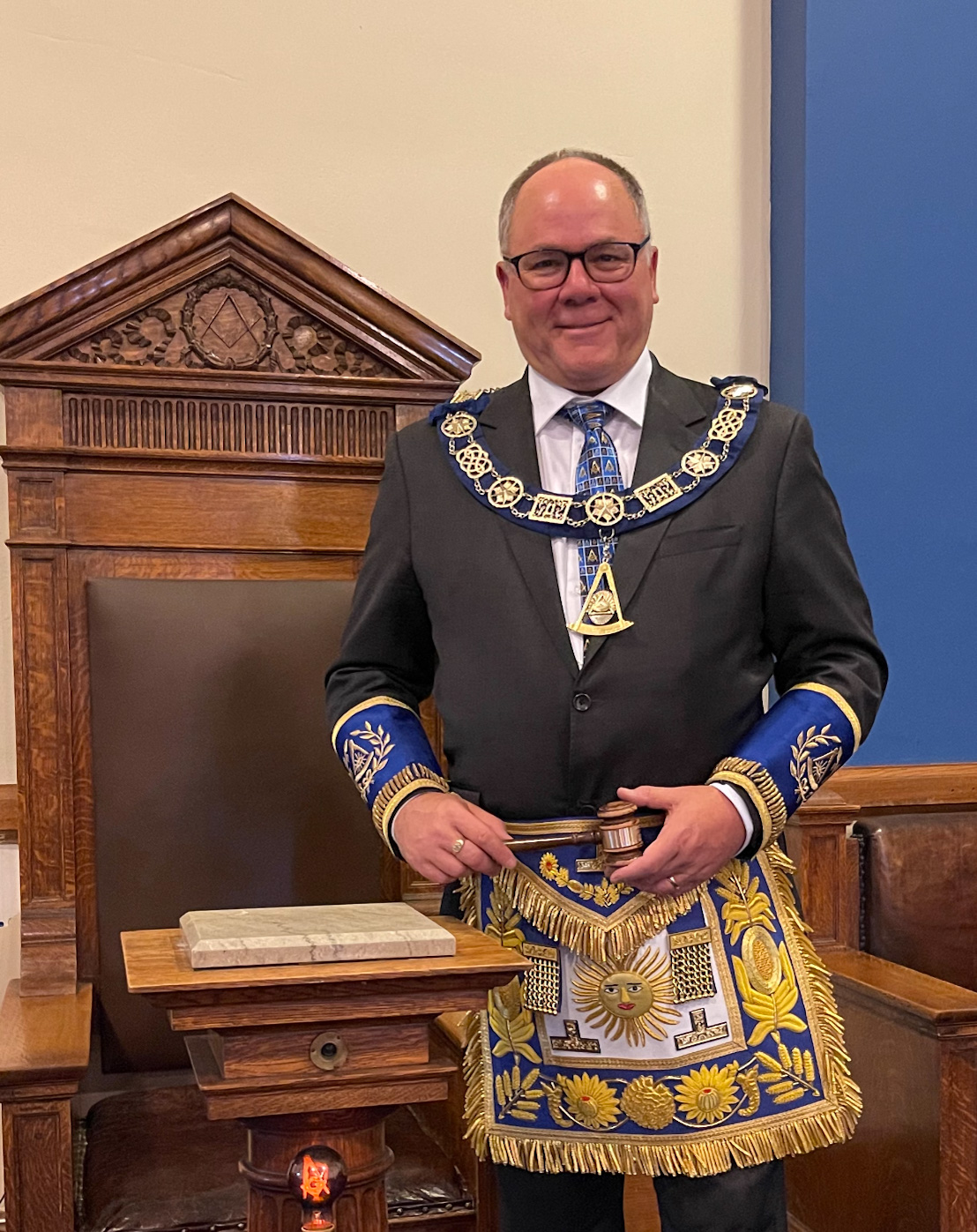 MW Bro. Dean Elliott was received into Freemasons in Mystic Tie Lodge No, 213 in Saskatoon, Saskatchewan in 1988, serving as Worshipful Master in 1996 and 1997 and as DDGM for District No. 10 in 1998-99. He is actively involved in York Rite and Scottish Rite bodies, including Royal Arch, Cryptic Rite, Preceptory and Allied Masonic Degrees and is a member of Wa Wa Shrine.

He has been married to Lorey for 34 years and they have three children, Michael, Trisha and Michelle. MW Bro. Elliott retired from a career in K-12 education in Saskatchewan in 2020 and currently operates an educational consulting business.